Alex Panayi and Katerina A. Christofidou two long time friends and top music professionals created Sliver Spotlight Productions in 2012 out of love and respect for Music, Theatre, Musical Theatre and generally adult and children’s entertainment.  Both Alex and Katerina already have long and distinguished careers in almost all facets of music and theatre productions, in the Greek speaking world and the rest of Europe. With their knowledge, background and expertise, they gathered top-notch creators, technicians and talented performers and created a team that realizes most any entertainment request. Their experience, talent and passion, sets them a cut above the rest. 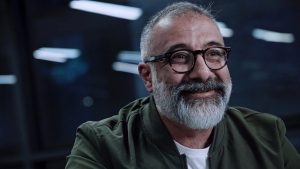 An expert in vocal production, technique and coaching, also in creating, composing and directing musical performances, with collaborations in Greece, Cyprus, Sweden, France, Russia, Germany, Malta, Belarus, Serbia, Azerbaijan, Ukraine and the UK. Among his clients are some of Greece’s (and Europe’s) biggest stars.

He directed the musical “Esmeralda” with Katerina A. Christofidou, with whom he wrote the script to, directed and starred in the musical comedy “Feggaromberdemata” (Cyprus 2008) to sold-out performances. In 2010 they premiered their musical “A Christmas Miracle” and in 2011 he starred in, wrote the music, co-wrote the book to, and produced the smash hit musical “A Day in December”. Then came the formation of Silver Spotlight Productions LTD which was to be one of the duo’s crowning achievements encompassing a broad spectrum of holistic entertainment solutions. Their musical “Di-mentia” premiered in Paris 15/10/12, officially under Silver Spotlight for the first time. The “Gourouniasmata” trilogy and concert followed with sold out shows award nominations and wins, “Amanda”, “My Snowman”, “TRASH”, “Vanilla” and most recently “The Child And The Tree” which marked the ending of the 1st International Nicosia Festival.

Alex has been a judge, panelist and vocal coach/director on TV shows “X Factor I” “Get On Stage II” “DanSing For You I”, “The Music Box” (season I) “Eurovision Song Project” and is commonly invited to be a judge in national selections for the Eurovision Song Contest across Europe.

He has worked as musical director for Disney Greece, and has directed, sung and acted in over forty Disney and Dreamworks movies and series (Tarzan, Mulan, Brother Bear, Little Mermaid, Prince of Egypt, Phineas and Ferb, Johnny and the Sprites etc).

He works (studio and live) as vocal coach /director /coordinator /producer with top performers worldwide. Over the period of the last 15 years, he has vocal arranged hundreds of albums in Greece – permanent collaborations with all major labels, and with most arrangers and composers in the business. 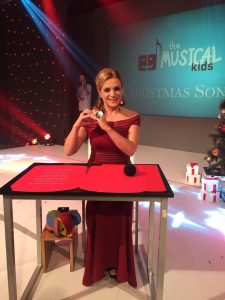 She released two albums in Cyprus that included some of her own compositions (1998, 2000) and produced the Hellenic Concervatory Youth Choir’s Christmas CDs (2004, 2005).

She directed and starred in various musicals in Cyprus such as “An Evening Filled with Sounds of Music”, “Musical Favorites”, “Beauty and the Beast” “Expressions of Love” and “Esmeralda” all produced by Emfasis Cultural Association where proceeds went to various organizations. She also starred in many theatrical productions directed by well-known Cypriot actress Pitsa Antoniadou and won the National Amateur Theatre Competition in Cyprus twice.

She performed at London’s Palace Theatre and Prince of Wales Theatre in London participating in a specialized Masterclass organized by the London Broadway Company.

In 2007, she founded Potenzia del’ arte , a new and unique Performing Arts Center where she currently teaches and manages.

Katerina is the writer of 3 Theory of Music Workbooks and writes scripts for Musicals and Theatre. She is a judge for many Singing Competitions and was awarded many prices for her contribution to music and education in Cyprus. She is one of the Cyprus Anticancer Society campaign TV Spots person (2011-2014).